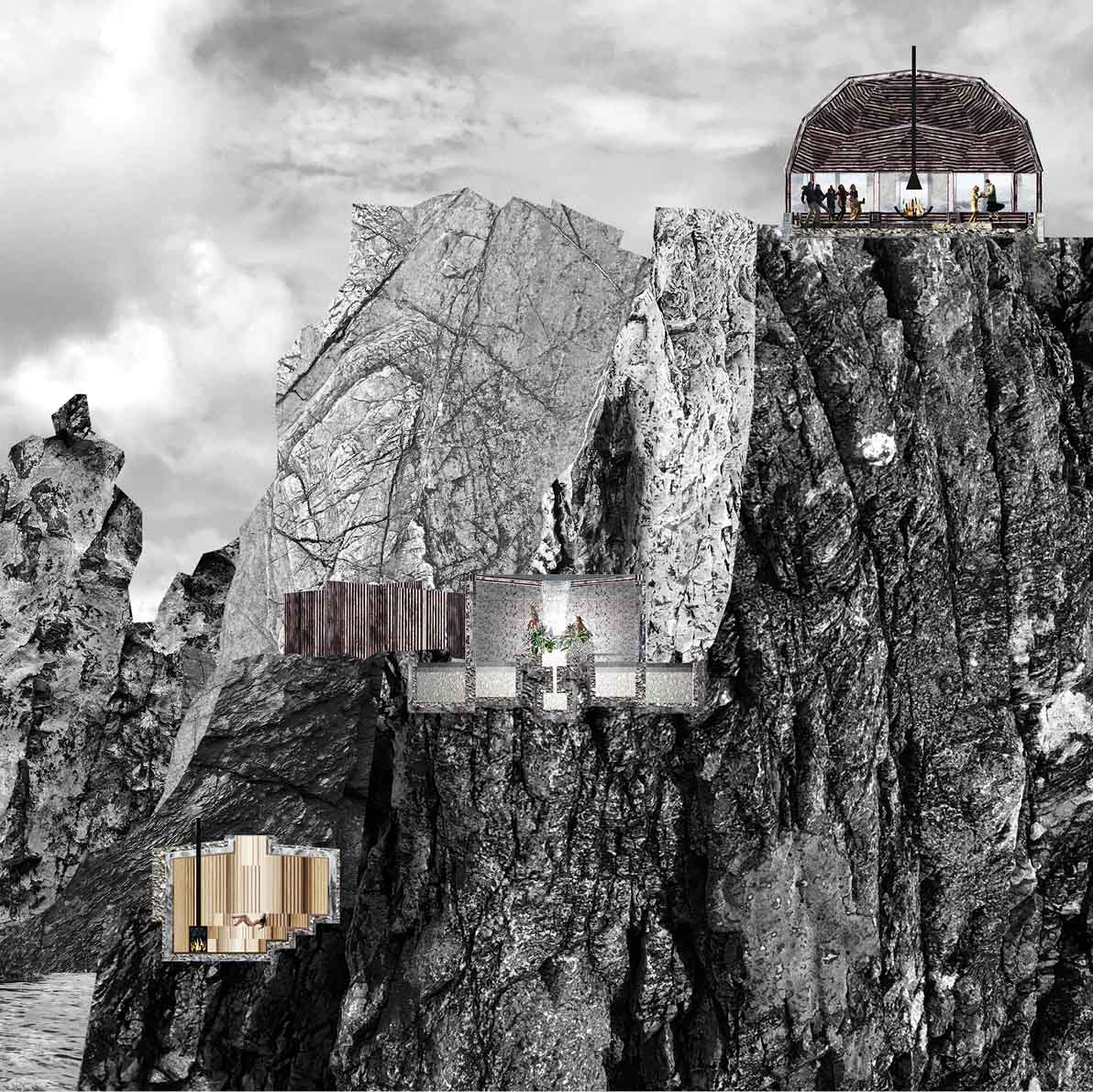 Skye - An t-Eilean Sgitheanach - is a beautiful and bleak island that rises from the Atlantic off the west coast of Scotland. The site lies half a mile to the south of Achnacloich, a crofting settlement that makes up part of Tarskavaig. The proposal includes pools, a sauna, changing rooms and a ceilidh hall.

Can you imagine a people who see colour differently from you? Who see colour not by hues but by vibrance? Learning to unsee colour was one of the greatest challenges of this project when I was in Edinburgh. When I was finally able to travel to the site at Achnacloich on Skye, what had been impossible to see became instinctual. The gleam of quartzite above the pool became glas; the rich colour of burnt larch became donn; the bloody red of dried seaweed cladding became dearg; the dark shimmer of seashell aggregate concrete became liath.

I no longer saw colours in English but in Gaelic. English colour-words suddenly no longer made sense to me. They cannot describe the landscape, nor can they describe this bathhouse, which is of the landscape: seaweed, mussel shells, larch, ashwood and quartzite. 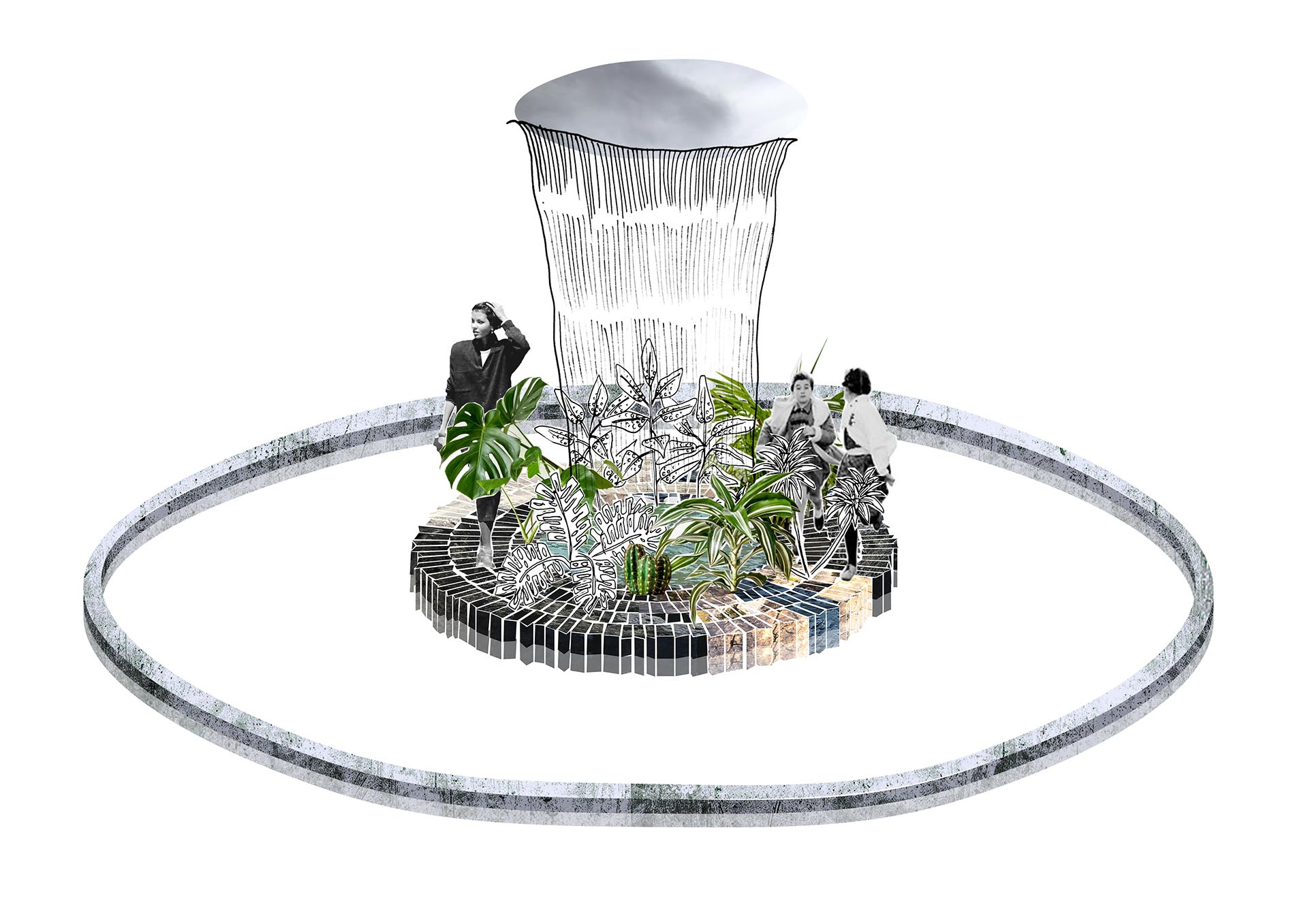 From Poetry to Architecture

An island rises above the steaming waters of the indoor pool an island upon which the unnamed woman and her children wait. Migrating geese can be seen through the oculus that opens to the sky above. Through the oculus rainwater drips, sparkling as it catches the sunlight. Around the pool, quartzite gleams in the shifting light. Upon the surface of the pool can be read Gaelic sea-words - gorm-rathad, the turquoise road, reads one. Soillse-bianain, phosphorescence, reads another. The pool itself is lined with pearlescent mussel shell concrete; to swim in it feels like swimming in some fantastical rockpool. 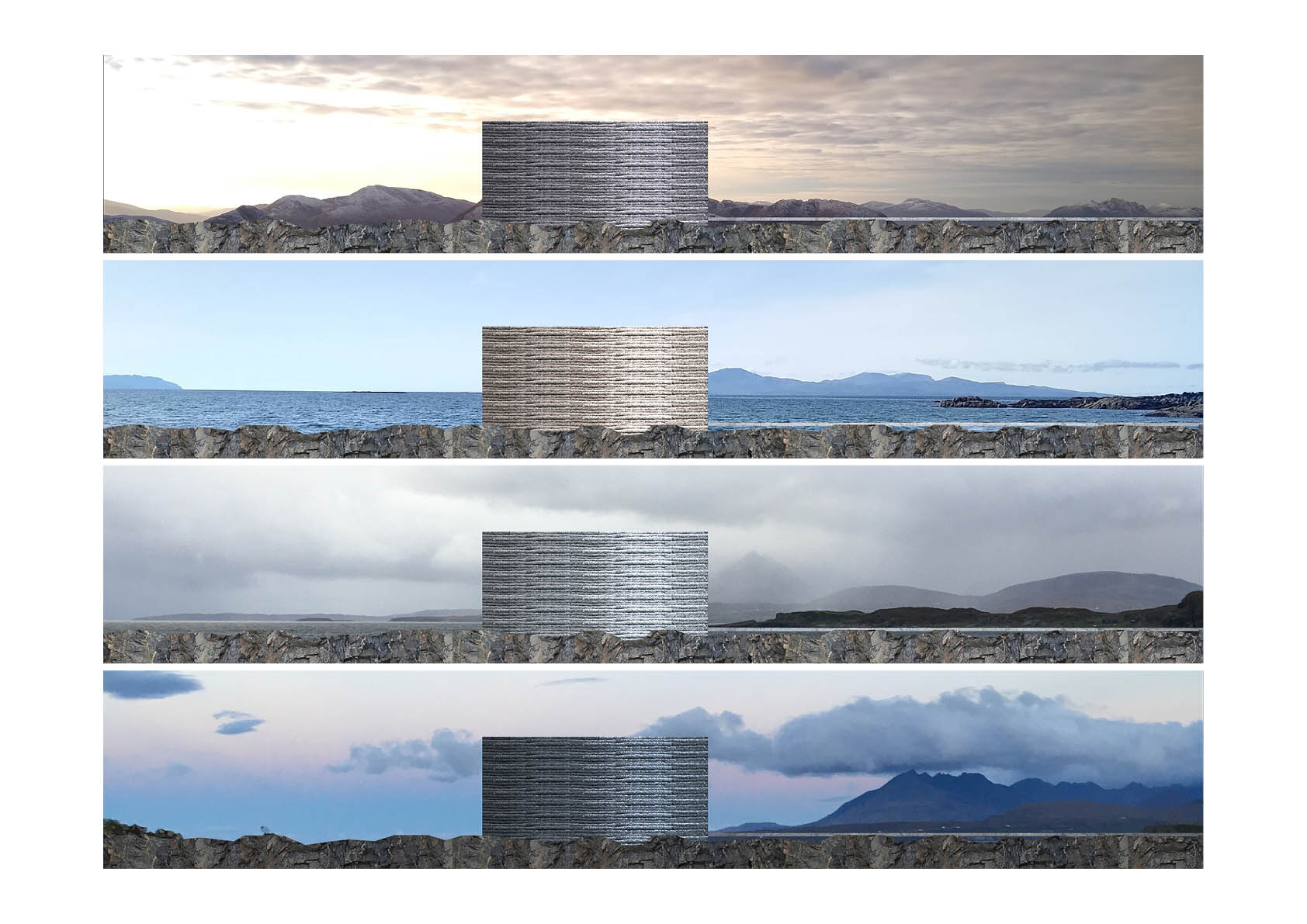 The Changing Colours of Seaweed in Elevation

The Cuillin on Skye make their own weather. Drenching rain moves in sheets across the hills, followed by scattering sunlight. The rainwater that drips from heather and myrtle-bush is limned in sliver in the sudden sun. Snow falls and melts quickly, and the mist may veil the mountain peaks while the rest of the island is bathed in light. Gaelic colours are not static: applied to the landscape, they change with the weather and light. Architecture is not separate from the landscape: rather, it becomes one with the landscape, the materials taking on the colours of the weather and light. 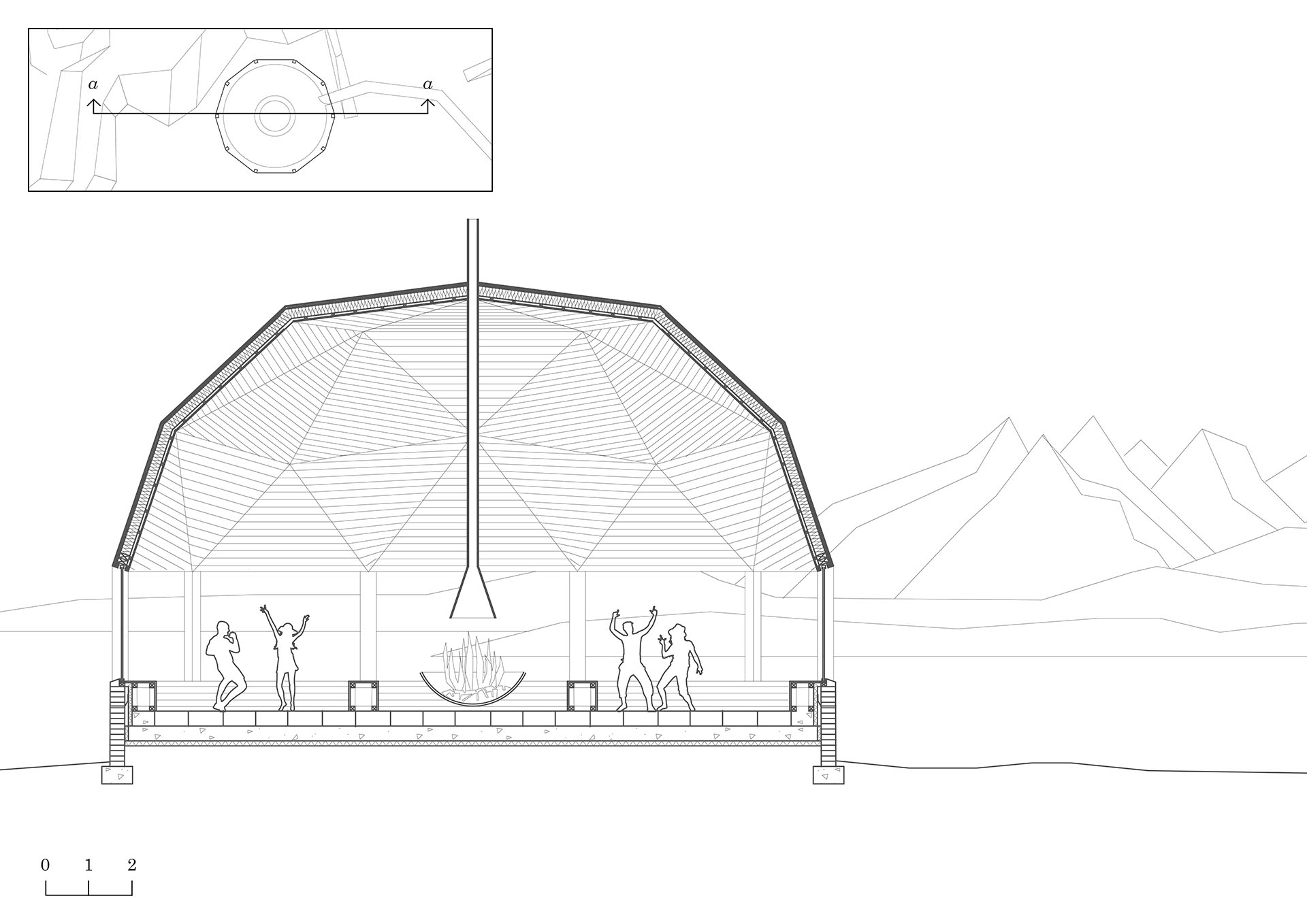 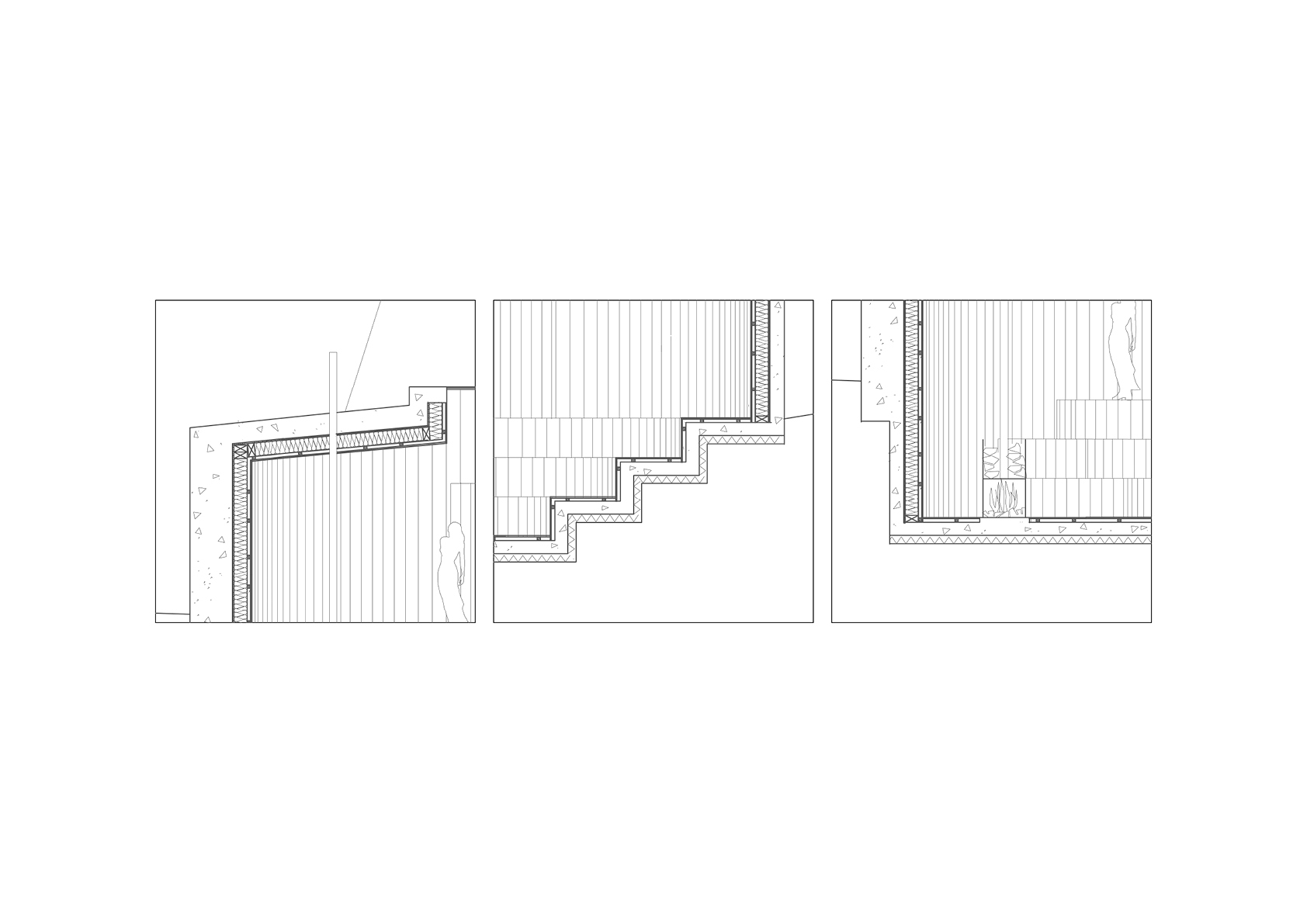 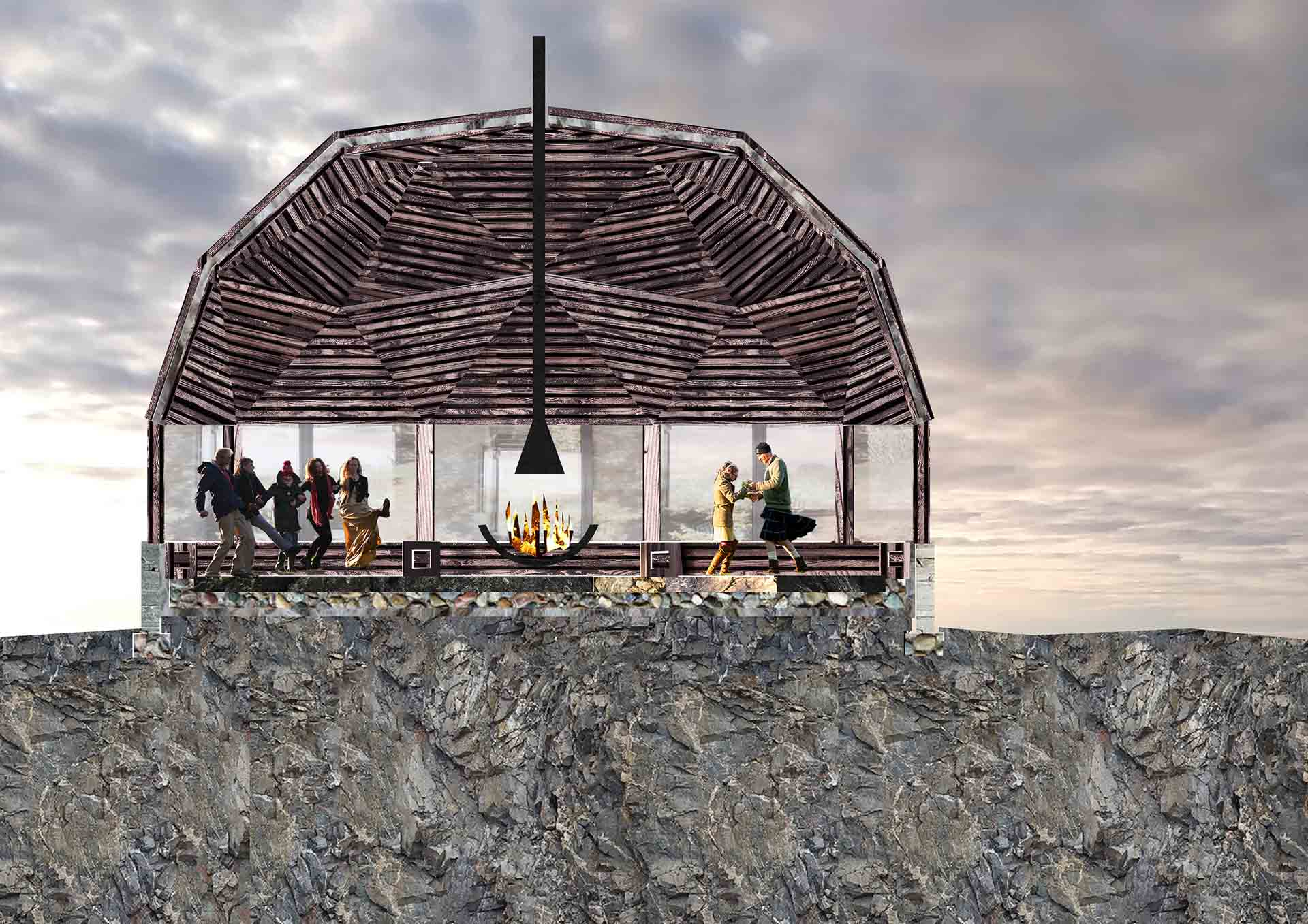